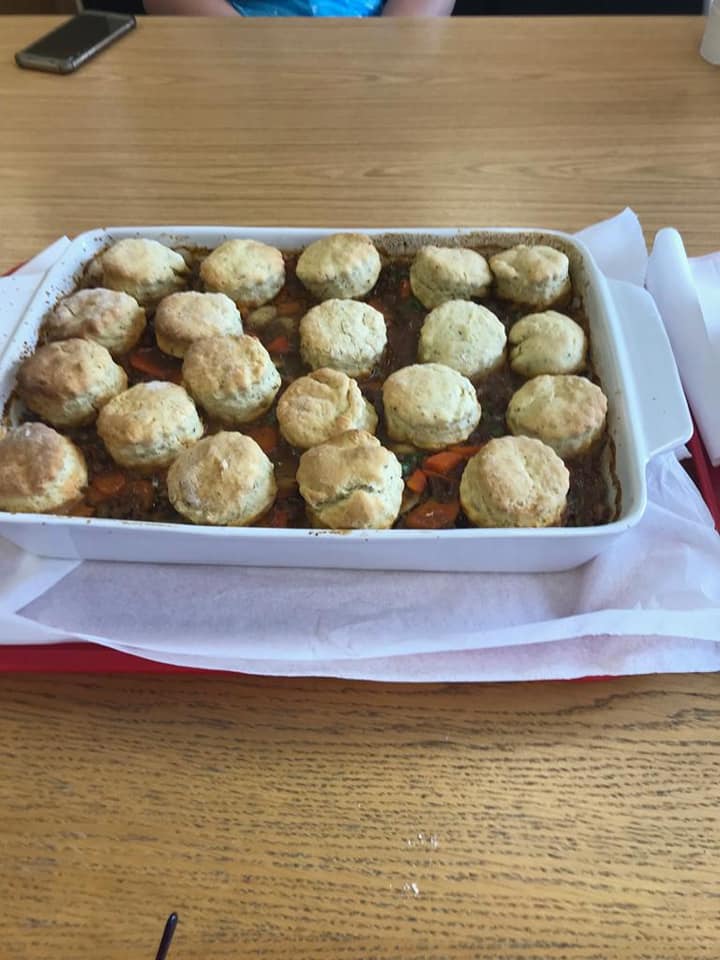 The cobbler: A hearty, filling dish that is perfect for Autumn. A filling topped with dumplings (or, in America where the cobbler is common, biscuits, referring to the American unsweetened bread that resembles a scone) and usually served out of its baking dish. The humble cobbler has its origins in the British American colonies, where a lack of suitable ingredients and cookware to create  the much-favoured suet puddings led to the need to improvise. This need to improvise led to covering the traditional stewed filling with a later of plain biscuits/dumplings, often fitted together in a circular shape.

Similar but distinct to crumbles, the cobbler (Believed to derive from the 14th century word cobeler, meaning wooden bowl/dish, or the appearance of a cobblestone) is a hearty dish enjoyed extensively across the United Kingdom and the United States (Where one can find over a hundred varieties and variations on cobbler, from the dump cake using dumpling mix over a stewed filling to the Brown Betty. In the UK, the cobbler enjoyed popularity through the wartime years, where it was promoted by the Ministry of Food due to being able to be made with margarine and being a hearty dish that makes a lot of a few ingredients.

Add any herbs you’d like to the cobbler to add a dynamic touch of flavour. You can even add cheese (or top the cobbler with cheese) if you wish to add something extra to the cobbler.