RECIPE OF THE MONTH – JUNE – CHICKEN AND CHORIZO PAELLA 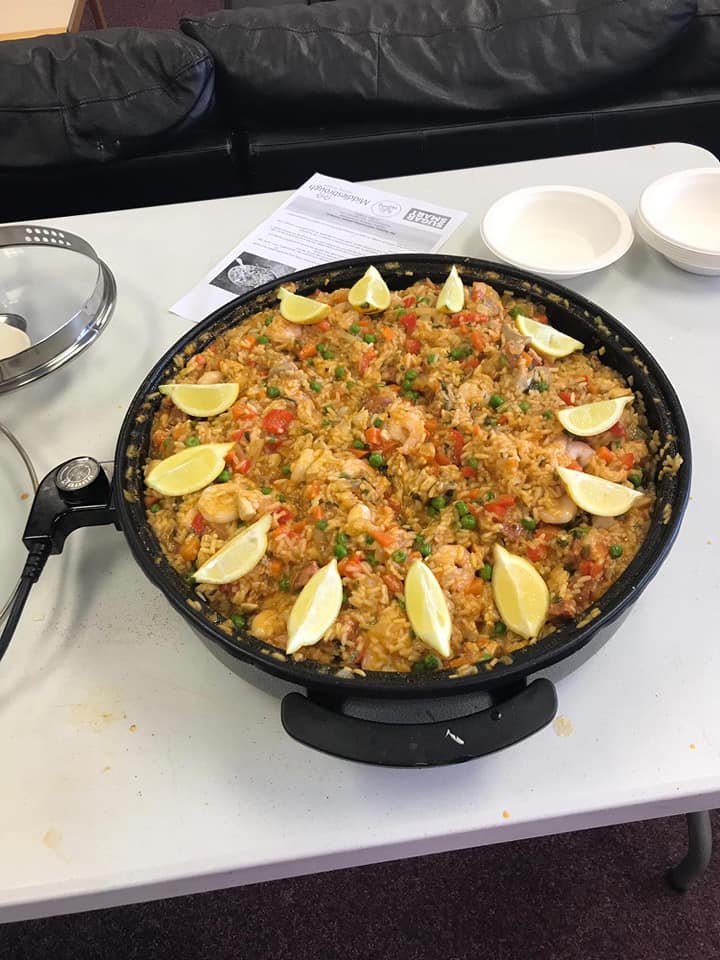 Paella is a Spanish, specifically Valencian, dish. Paella itself simply translates to “pan”, with Valencians using the word to describe all pans, with paellera describing the specific pan used for paella. Indeed, it is this large, steel double-handled pan which makes paella appear so inviting, particularly for large groups.

As with other recipes around the world, paella has expanded past its regional beginnings in Valencia and has become a wonderfully global dish, including a wide variety of meats (Although the classic Valencian paella only includes seafood), vegetables and other ingredients.

This recipe includes chicken and chorizo, as well as paprika, for a hearty Iberian flavour. This
dish is certainly a popular one in summer, and its flavours will take you to the sun-drenched shores of Spain. Take it to a party or share it with your family with some cold drinks on a hot summer’s evening: There’s little better in life than this!

As a last note, do not worry if a crust forms beneath the paella during cooking: This layer of toasted rice is, in fact, a delicacy! It’s referred to as socarrat in Catalan and some even consider it essential to a good paella! Just don’t let it burn!

If you’re feeling a bit flush, adding six mussels, six clams and any extra bits of fish you can afford is only going to make it even more of a celebration.