The woodland area around Marton West Beck is picturesque and commonly used for dog walkers and pedestrians alike. It has been used by passers by for many years and is home to the locally famous ‘Devil’s Bridge,’ thought to be 18th century and apparently named so for a cloven hoof mark which is said to have worn away on the stone.

The stream and woodland is home to a variety of wildlife such as the kingfisher which has been sighted here. The Green Shoots team have been working on improving the access to Marton West Beck for a number of months, both for the public to safely pass through and to allow our team easy access to carry out our conservation work.

These steps in the photograph had been long forgotten and were hidden in soil and moss with a fallen willow tree blocking the path. The team spent the afternoon digging and exposing the steps and cut back the fallen willow to  uncover the previously hidden path which people are now able to use.

We need volunteers to help us at Marton West Beck and other beck sites around Middlesbrough and we are especially looking for people to begin in January. Which is an amazing opportunity to start the new year by extending your skills, meeting new people, helping the local environment and being able to work towards some free qualification in conservation if you wish.

We are a small group of friendly people and would really appreciate any help. So if you are aged 16-24 and unemployed, or a refugee/asylum seeker or are from a Diverse Ethnic Group then we would love for you to get in touch. Please email jade.harley@menvcity.org.uk if you’re interested! 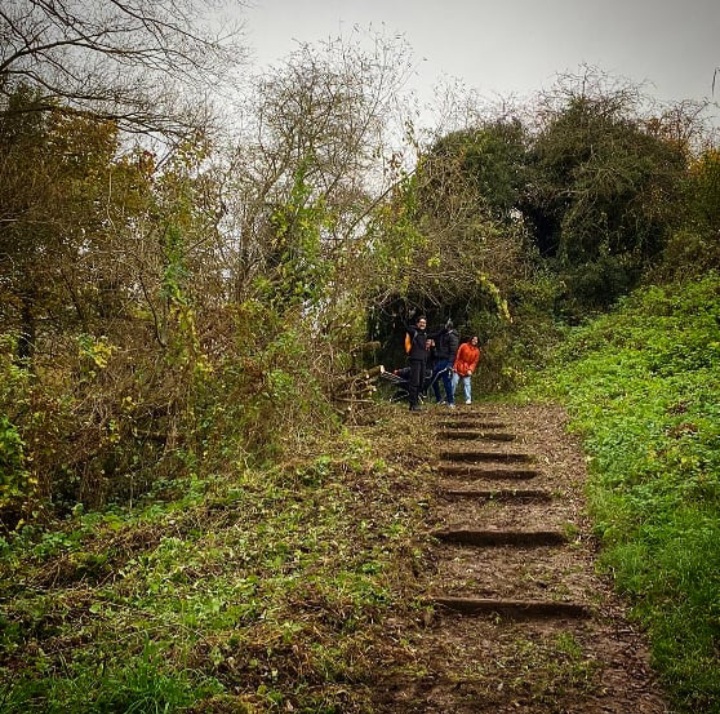